Apple AirPods are the best thing that ever happened to wireless earbuds. They were the earbuds that gave Apple the audacity to do away with the 3.5mm headphone jack on iPhone 7 and when they did so, other smartphone brands followed suit.

With no doubt, the Airpods are amazing, they came with so many fantastic features that made using a wired earpiece plugged into a 3.5mm headphone jack an ugly and stressful experience.

One fantastic thing that set the apple Airpods apart was the fact that they not only work on iPhones but also on Android phones.

Although you are not going to enjoy all the features the airPod came with if you are to use it on an Android phone.

Long story short, the experience of using Airpods with an Android phone is still worth it. Sometimes you will even enjoy it more than the indigenous wireless earbuds that were designed mainly for Android phones.

In the past few months, Android smartphone users that are using AirPods on their devices have been enjoying the existence of three Android apps that made it possible to see the remaining battery life of your pairs of AirPods on your smartphone display.

These apps do not only display the remaining battery life of your AirPods but also the charging case.

It’s worth noting that the battery life of the charging can only be detected and displayed only when one or both of the AirPods are inside the case and the battery life will be shown in 10% increment.

Recently, a new app was added to the play store, the name is Droidpods, this app is the newest addition to the family and serves exactly the same function as the other two apps.

Droidpods shows a persistent notification that will show you the remaining battery life of the Airpods and will notify you when it’s time to put the AirPods back into their charging case for charging.

The app is not free though, it’s available for purchase for just $2.49. 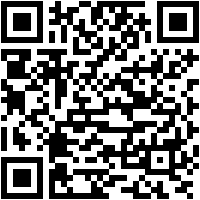 This app is available for purchase in the play store for just the same price as Droidpods, $2.49 and it offers the same notification but in a different style.

The notification shows as a pop-up immediately after you open the AirPods case or when you launch the app Airbtts on your phone.

Among the three apps offering this functionality on the play store, the airbtts has the most number of reviews and its overall rating score is 4.4 stars. Going through the reviews you will see some reviewers writing about inaccurate battery reading

The last app on our radar is the Airbattery. The app is the only one among the three that’s free but it’s supported by ads, so don’t freak out when you see ads showing up around your smartphone’s screen when you are using it.

It also has an in-app purchase upgrade which will give the user the ability to get a better battery notification feature.

The Airbattery is also the only app that supports not only the AirPods but also other wireless headphones including BeatX earbuds and it also promises in-ear detection. 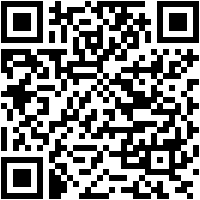 While these three apps are great and will serve a traditional Android user perfectly with his AirPods needs.

None of the apps promises to help a user assign actions tapping an earbud will perform, the default action on all the apps still remains the play and pause.

There are so many indigenous earbuds that can do what AirPods are doing and can even do it better with additional features and also with better sound, but most of them have one flaw or another that keeps users away, like the google earbuds that comes with wire, that makes the earbud look lesser than a wireless earbud.

Android users still choose the airpod to any other existing earbud in the market that might sync properly with their device because the airpod was carefully designed, looks cool, and gives the true feeling of a wireless earbud.

Manga has been around for decades, but its popularity appears to be increasing with each passing year. It…
Read More

XR vs. XS: Features, Similarities, and all You Need to Know